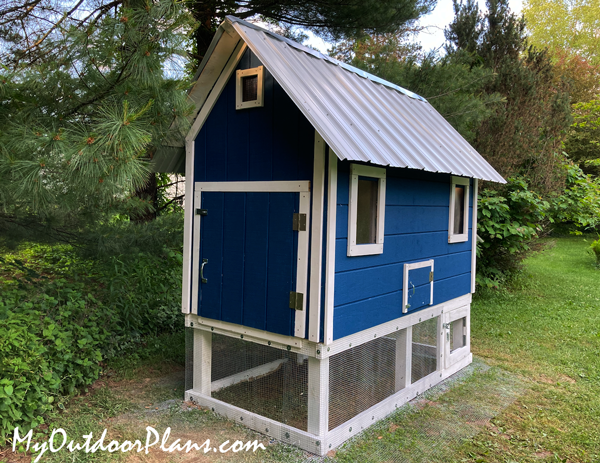 Thank you so much for these 4×8 Chicken Coop plans! They worked wonderfully and measurements were spot on. The modifications I made were mostly aesthetic. The main structural tweak I made was raising the whole coop up a little higher with taller 4x4s in the base so that I could make a little outdoor run under the coop (and I added a “trap door” in the floor so the chickens can access the run).

I also used steel instead of asphalt shingle roof, and centered the small chicken access door on the front so it was right in the middle of the windows (again – purely a visual choice). We love how it turned out! The whole thing probably cost around $750 (I bought everything new as I didn’t have any lumber/drywall from other projects to use, and also substituted 1/2″ plywood for siding and roof). I am still finishing up the trim and paint. 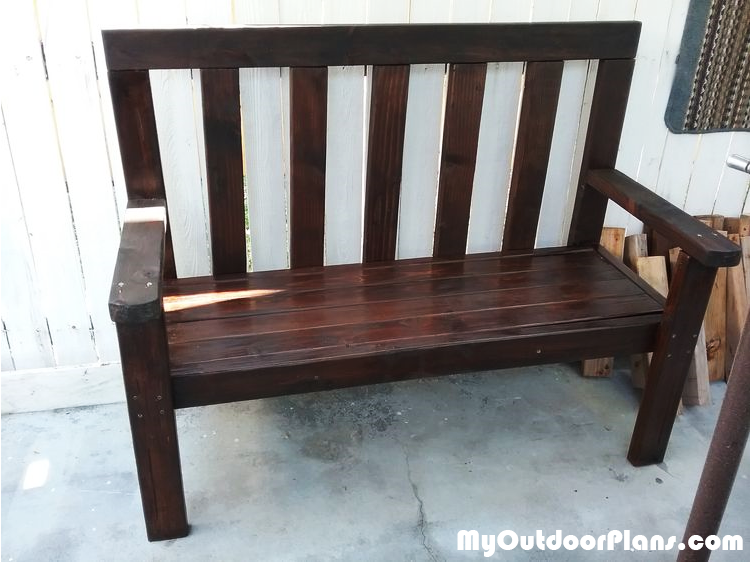 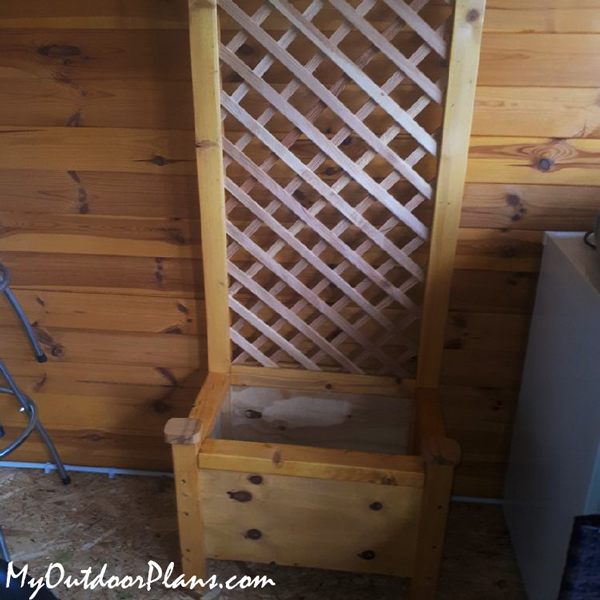