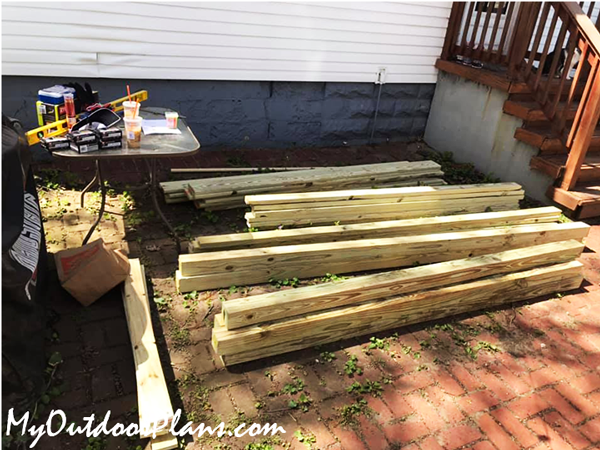 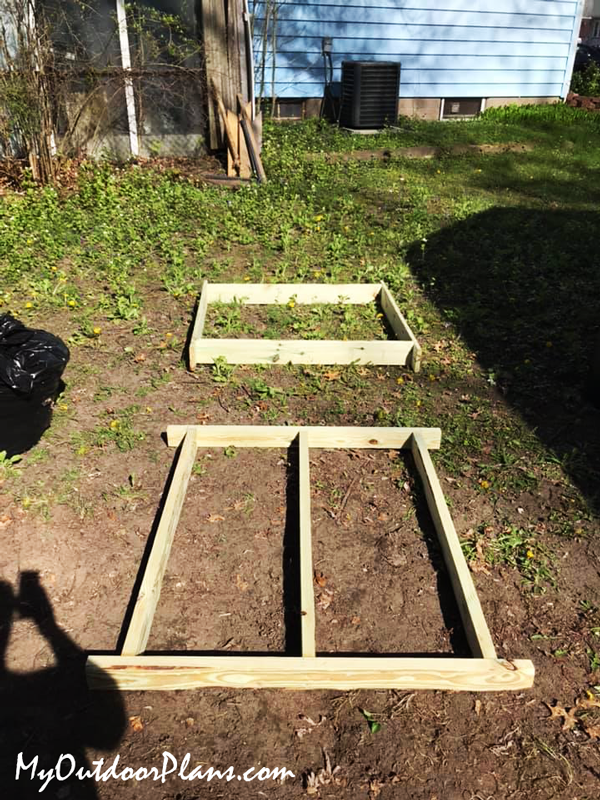 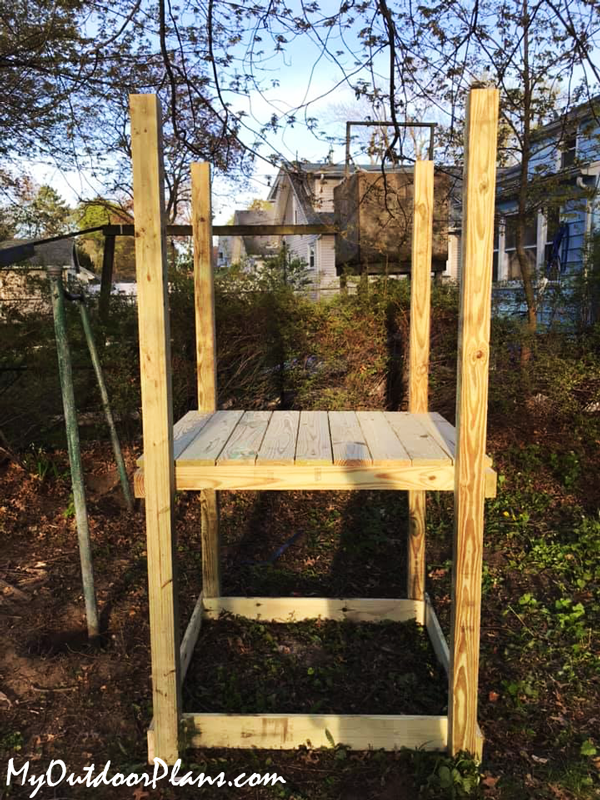 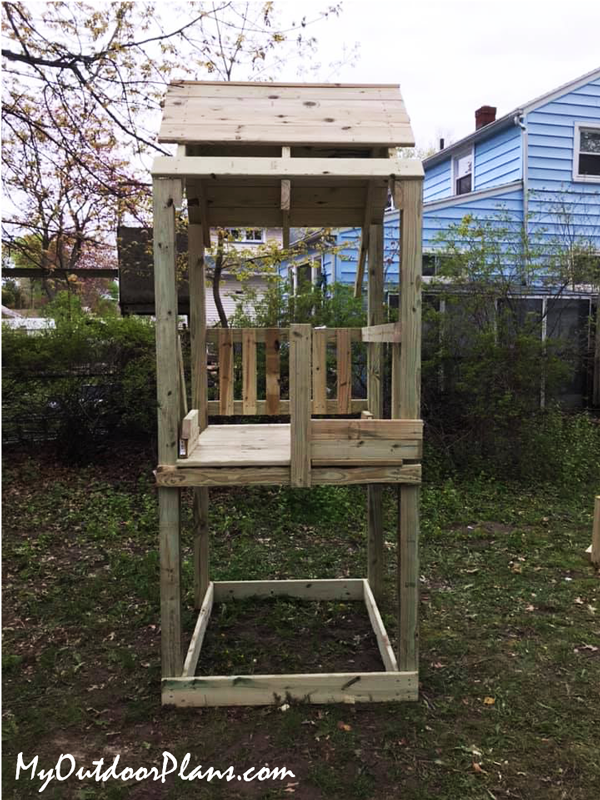 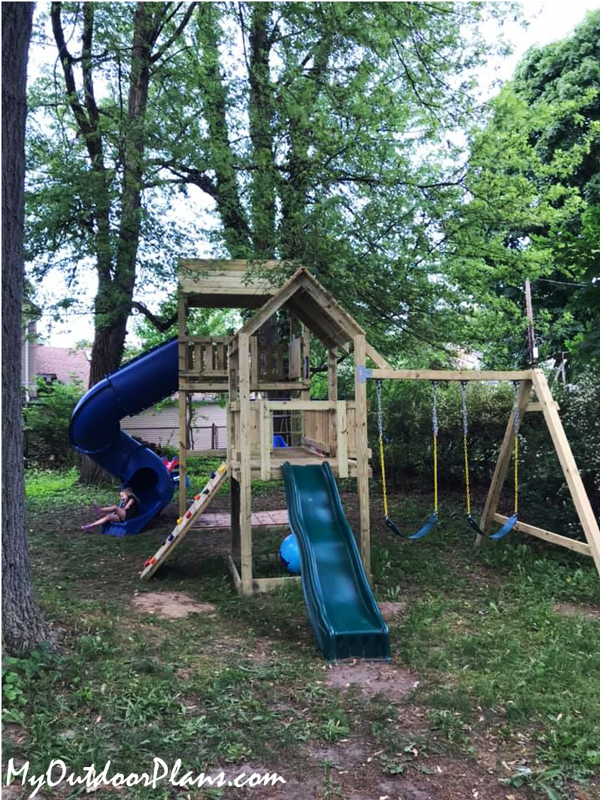 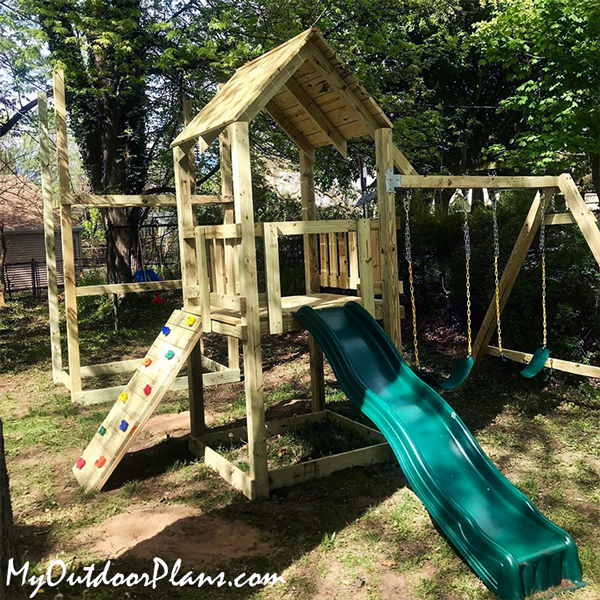 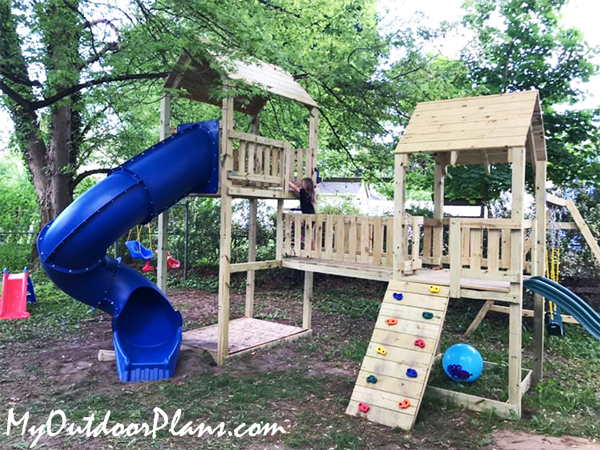 I am not a very experienced woodworker, but I am an avid DIYer and wanted to give my kids a playset that they could enjoy for years to come. I used pressure-treated lumber and followed the plans provided here as closely as I could (with a few mistakes along the way). I used outdoor screws of the length described in this plan, but reinfornced a lot of the key areas (bridge stringers and floor joists) with 5 to 6” lag screws as well.

I chose to use concrete footers and anchors as support rather than burying any legth of the posts. The total cost of the project was in the neighborhood of $1500, though that included some one-time tool purchases. The 7-foot turbo-twist slide was by far the largest single expense (apart from lumber) at $500. The project took about 5-6 days (maybe 40 total hours) over the course of 4 weekends. However, commercial kits of similar size go for around $2-3000 not including assembly.

Overall, the plans were easy to follow, and I didn’t make any major modifications. I did however build the small tower first as I had planned to add the larger tower next year, but I suppose I got carried away. I do plan on putting shingles on the tower roofs to extend the life of the set. Most importantly my kids love it!

*MyOutdoorPlans is participant in the Amazon Services LLC Associates Program, an affiliate advertising program designed to provide a means for sites to earn advertising fees by advertising and linking to Amazon.com. The links provided in the Shopping Lists and Tools sections are affiliate links. Read More >>